Whether or not it’s what you want for you and your partner, there’s a compelling reason for campaigning for gay marriage and same-sex adoption rights. These two demands confront hidden prejudices and homophobia head-on and force law-makers and wider society to face the reality of our existence on equal terms and deal with it. There’s no place for second-class rights.

I was lucky enough to be living in Spain in 2005 when gay marriage and adoption were legalised. Prime Minister José Luis Zapatero later said it was one of his proudest achievements.

“We were told that we were killing the family in Spain and yet the Spanish family is in rude health and a lot more people are happy. We’ve managed to recognise the right of people who have been discriminated against and harassed for many years because of their sexual orientation – and I hope that is an unstoppable trend in advanced societies.” (Financial Times).

At the time the law was passed, surveys suggested that around 70% of the population supported gay marriage. And there’s little doubt that it has had a wider impact on Spanish society over time. The “normalisation” of gay relationships does make a difference.

But there are hidden dangers in what journalists have increasingly dubbed the “New Normal“.  There’s an immediate assumption that everything’s fine now, which of course it isn’t.  There’s still homophobia and members of the LGBTQ community still face physical violence and subtle humiliations or blatant discrimination. Education systems are still wrestling with what to tell classes about the LGBTQ community, and there are a thousand petty ways in which aggrieved people – who somehow feel disenfranchised by our rights  – will try and disrupt our lives.

And there’s also the notion that now we have rights like anyone else, we should start to “behave”. Getting gays on (how shall I put this?) “the straight and narrow” is often used by those on the Right as a means of justifying their support for equality, a position neatly summed up by US Republicans in a document submitted to a federal appeals court in support of allowing gay marriage in Utah and Oklahoma.

At this point, as a greyed-out former (or maybe not) Gay Liberation Front activist, I shiver. Our thinking was that we should resist aping the nuclear family and reinforcing traditional patriarchal structures at any cost. Some of this might have been about allowing a lot of horny guys in their 20s to have a lot of guilt-free sex with a lot of others, but there was also a serious political, social and economic rationale behind it. And for me and many others, it took a long time to see the subversive potential of demanding the right to marry on equal terms, and to recognise the empowerment and emotional fulfilment that gay marriage can (but not always) offer on a personal level. Which is not to say that I’m unconcerned about a rise in numbers of affluent A-Gay male couples with children unwittingly spawning a new moral conservatism (on many levels) in our community, senses dulled by the prime directive to “belong” and “fit in” to a an image of wider heterosexual society and becoming a new model of patriarchy on steroids (both figuratively and in the gym). 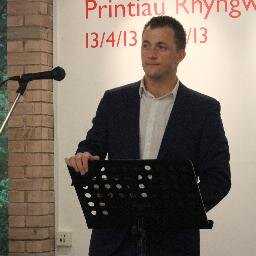 Because the truth is that gay men are as likely to fall into the traps of the “New Normal” as anyone else. This week there was a good example as James Wharton, a former British soldier who wrote a book about his experiences as a gay man in the forces, got wide press coverage for an article he’s written for a new “luxury lifestyle guide for gay men” (go figure) in which he called for gay saunas to be shut down.

His justification is that they are “thorns in our side that mark our community as different for the wrong reasons..For me as a gay man, the notion that there exist within our communities a series of places that actively promote the convening of gay men for participation in sex of shades various and in groups of all sizes rather revolts me – and I’ve been round the block a few times, believe me…I’m no prude, not even close, but the days when we gathered in clandestine fashion for the want of a network or a sexual outlet are surely long gone.”

The unspoken self-oppressive desperation for “respectability” which underlies his comments has afflicted gay men forever, was eloquently dissected by Andrew Hodges and David Hutter in “With Downcast Gays” in 1974 and is still relevant.  And it’s naive to imagine that closing down gay saunas and sex clubs will have any positive impact on the sexual health of gay men or wider HIV infection rates; most offer free condoms and an increasing number of these venues actively seek to educate their clients with support from local organisations, some going as far as offering wellness clinics and free testing for HIV and other STDs.  In cities like London, support groups will tell you that one of their biggest concerns is private, unofficial sex parties fuelled by crystal meth.

I agree with Peter Tatchell (I don’t always) when he says “it would be very wrong if the gay community became proscriptive and moralistic over consenting adult behaviour”. And while we should demand, celebrate and enjoy gay marriage, we shouldn’t be seduced by notions of  the “New Normal” into uncritically embracing heteronormative assumptions about family structures, patriarchy and relationships.